Since late spring of this year, I’ve been hearing about the 50th anniversary of the Summer of Love. So, I was compelled to explore and write about it this month. In the mid to late 60’s, I was a teenager growing up in the Midwest. At that time, there was a lot of social unrest going on. Mainly, U.S. military involvement in the Viet Nam war that was continuing to escalate and there were a number of race riots going on around the country. As a result, there were plenty of anti-war marches and various demonstrations capturing the news headlines.

During that time of confusion and social chaos, I recall hearing about the flower children (aka hippies) out in California. Starting back in 1966, young hippies began arriving in San Francisco in large numbers. They wanted to congregate with each other to share their same ideals and their vision of social change. According to some, the members of the press created the hippie label. It was used to describe a sub-culture of young folks seeking freedom of expression outside the social norms of the time. Other folks claim the hippie designation was derived from the Beat Generation’s moniker of “hipster”, as a derogatory term. Wherever it came from, the youth culture latched on and ran with it in flamboyant, celebratory fashion.

In January 1967, there was a huge “Human Be-In” that took place in San Francisco’s Golden Gate Park. This event helped popularize hippie culture across the U.S. Later on in March, there was another such large gathering on the East Coast. It was called the “Central Park Be-In” and it took place in Manhattan, NY. Both of those events led up to a great gathering of counter-culture youth in San Francisco that some dubbed the “Summer of Love.”

Lucy in the Sky With Diamonds

Almost simultaneously, two other big musical events happened in June 1967. As it turns out, both were interconnected to the Summer of Love. One was the release on June 2nd of the Beatles game-changing album, Sgt. Pepper’s Lonely Hearts Club Band. The release of the Beatles’ new album and its musical message had a big influence on the hippie culture.

“The necessary catalyst appeared to advance the hippie movement to nationwide prominence, encouraging thousands of American youths to reject mainstream ideology. That catalyst, the “record-topping Beatles’ album” Sergeant Pepper’s Lonely Hearts Club Band, conveyed the simplest principles of the counterculture: LSD, love, and rejection of the unhip establishment. Entering into “the zone of maximal contact,” the Beatles’ music inspired thousands to make a hippie pilgrimage to Haight-Ashbury. Known to its residents as “the Haight,” this San Francisco district adapted to the influx of hippies with the creation of an alternative social order, including functional counter-institutions to serve the needs of the hippie community.” Joss.pages

Are You Experienced? – Summer of Love Kick-Off

The other big musical event to take place that year was the very first Monterey Pop Festival. It happened in mid June and is considered by some to be the “kick off” to the Summer of Love. The festival is remembered for the first major American appearances by The Jimi Hendrix Experience, The Who and Ravi Shankar. It also featured the first large-scale public performance of Janis Joplin and the introduction of Otis Redding.

One of the popular songs playing on the radio that summer was San Francisco (Be Sure to Wear Flowers in Your Hair). It was released in May 1967, written by John Phillips of The Mamas & the Papas, and sung by Scott McKenzie. The song was produced by Phillips and Lou Adler in order to promote their Monterey Pop Festival. They were seeking a way to validate rock music as an art form in the way in which jazz and folk were regarded. Their idea was to embody the theme of California as a focal point for the youth counterculture.

One Pill Makes You Larger

Some folks hold the opinion that the Flowers in Your Hair song was too mainstream and commercial. Also, it didn’t represent the real music scene that was happening in San Francisco. More importantly, it was not considered to reflect the social and political events of the time. And, it didn’t resemble the authentic San Francisco rock band scene that had started back in the mid 60s.

One of the most well known San Francisco bands of that time was The Jefferson Airplane. Here’s their great tune, Somebody to Love, as performed on the popular show, The Smothers Brothers Comedy Hour. The song was released in April 1967 and heard by lots of folks in the summer of that year. I think this one is a better reflection of the hippie culture and its heart felt vision.

Because There’s Something in the Air

This all leads right back to June 21, 1967 in the beautiful city of San Francisco. In celebration of the Summer Solstice, a free concert was held for one and all. Folks who attended the event dubbed it as day one of the “Summer of Love.” Various San Francisco rock bands played including the legendary Grateful Dead and the Jefferson Airplane.

Looking back, I was 13 years old that summer and soon to enter high school. Of course, my parents would have never allowed me to travel halfway across the country to attend the festivities. However, all that powerful music playing in the air, on the radio, and through my stereo had a huge impact on me as a teenager. And, the music still vibrates within my soul today.

The whole Summer of Love experience was a combination of music, drugs, and personal freedom. More than just a big party, it was considered by the young people to be a counter-cultural reaction to mainstream America’s “business as usual.” By the end of that summer, the energy of that grand experience had dwindled. Eventually, it seemed to morph from a utopian social experiment to a clash between the ideals of a young generation and the older status quo. George Harrison even visited Haight-Ashbury, the epicenter of hippie culture, in August of that year. Apparently, he was curious and had an expectation of seeing some kind of cultural renaissance. Unfortunately, he was very disappointed because by that time, the youth culture’s utopian vision was already plagued by addiction, hunger, and poverty. 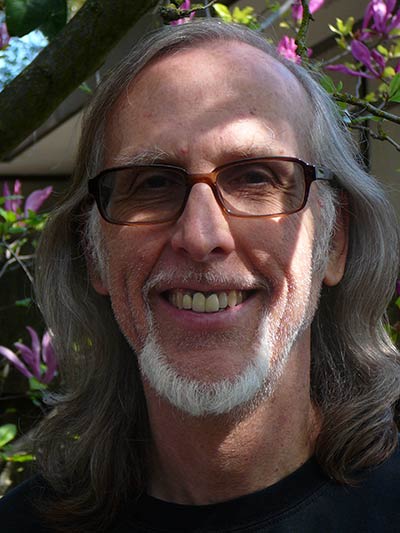 In the final analysis, the spirit of what came to be known as the “Woodstock generation” lives on today in various social change movements (i.e., the environment, the men’s movement, women’s rights, organic farming, and celebrating diversity.) Creatively, the hippie culture had a profound impact on the direction music has taken since then, as seen in world beat, Americana, and even hip-hop. So, to all of you long hairs at heart; “Keep on rockin’ in the free world.” Peace, baby!