Riding the Rails: A Train Ride to the Bay

Going for a Train Ride 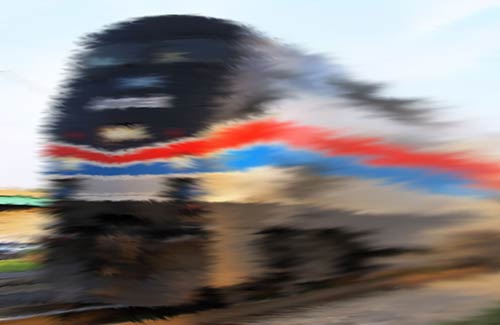 Last weekend, I took a train ride over to the San Francisco Bay Area. It was my first train ride in Northern California. I was headed towards my final destination of Jack London Square in Oakland to meet with a friend and look for an outdoor workshop location. I could feel the excited spirit of my little boy that lives inside of me. He was curious and happy to see the world from a different point of view.

First, the train passed over the Yolo Causeway, gliding over all the wide water on its way to Davis. Next, I enjoyed the view of open fields and waterways passing through the Suisun-Fairfield area. Afterwards, the train ran below Interstates 680 and 780, as it crossed the Carquinez Strait on the way to Martinez.

From there, the train ran along the San Pablo Bay, as I gazed out over the water towards the San Francisco Bay Bridge on the way to Richmond. Finally, the train moved through an urban landscape of warehouses, fences, clusters of homeless tents, and lots of creative (or not) graffiti.

Looking out the window of the Capitol Corridor train, I was reminded about the beauty of slowing down enough to notice the real scenery of America and its inhabitants, both humans and the creatures of the natural world. Also, I realized it’s a version of time travel experienced by moving across the landscape in an older way taken by my parents and other ancestors. Somehow, I connected with something greater than me that’s unnoticed as I’m driving down the freeway in a passenger car.

A Song for Riding the Rails

An old familiar song played on my mental jukebox, as I was riding the rails. It was the perfect musical companion for my trip. The song was City of New Orleans, written by Steve Goodman. In 1972, Arlo Guthrie learned it from Steve in the back of the Quiet Night in Chicago. Of course, over the years, it’s become one of Arlo’s best known tunes after Alice’s Restaurant.

Here’s Steve Goodman, himself, singing it. I got a good chuckle out of Steve’s quip about having a dream that he had to lip synch the song on American Bandstand. Enjoy this version by the original songwriter.

During my earlier years of working for the State of California, I used to ride my bicycle from the South Land Park area to downtown Sacramento and back home. The following poem was inspired one Spring, as I was pedaling past the zoo located in William Land Park.

At this point in my life of retirement, I frequently take long walks through our neighborhood and that same zoo is along my route. Sometimes, I still tap into the “contained wildness” mentioned in the poem. Have you been in touch with the kernel of your soul recently?

But for today, I smell the spring- tilled earth
And I am reminded and touched by the essence of life
That never goes away for long