Older and Wiser was written in the late 1980?s during my ?coffee house? period of inspiration. Even though I was in my late 30?s at the time, my personal experiences of youth had already faded. I had already left my teens and my twenties well behind me in the rearview mirror of life and was headed for that dreaded period of life called ?middle age.?

As a child of the 60?s, I remember a phrase from the youth counter-culture of that era. The phrase was, ?Don?t trust anyone over 30?? I also have in my musical memory a classic song by The Who titled, My Generation. The famous line in that song was, ?I hope I die before I get old..?

I must say that with all of the cultural influence from the 60?s, it?s no wonder I had a fear of getting old and over the hill. At the time, it seemed I had two choices. One choice was to try to stay young forever by cultivating a rebellious attitude and not trusting authority. The other choice was to just give up and become like my parents. Back in the mid 90?s, I read a book by Robert Bly titled, The Sibling Society. I was struck by his premise that a majority of my baby boomer generation deals with the issue of ?puer aeternus? (eternal adolescent). For an insightful review/article of the book, click here.

After I wrote and recorded Older and Wiser, I recognized some of the parallels between my song and another classic song from the 60?s, When I?m Sixty Four by The Beatles. 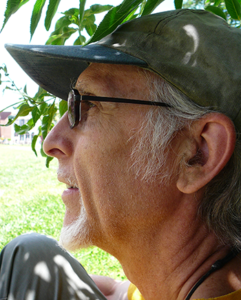 Now that I?m almost 64 myself, I look back at Older and Wiser as my humorous attempt in coming to terms with my own mortality. It still makes me?chuckle?when recalling lyrical lines like, ?I?ll still be alive regardless of?? and ?Don?t laugh, this could be you??

And now that I’m really older…

And, now that I?m the grandfather of two young ones, this may just become my unofficial ?grandpa anthem.? More and more, I understand the importance of having a sense of humor about life and its vagaries, as well as the power of becoming a conscious elder.

To read the liner notes for this song from my album with the same title, Older and Wiser, click here.