No Changing the Truth

No Changing the Truth – An Homage

No Changing the Truth came through my creative jukebox over five years ago. It has since become my homage to the great American folk songwriter, Bob Dylan. Just to be clear, I don’t consider it a parody of Dylan’s style or a derivative effort.

Homage
* respect or honor
* something that is done to honor someone or something
a : expression of high regard b : something that shows respect or attests to the worth or influence of another
(From Merriam-Webster.com/dictionary)

Not long after I wrote this tune, I sensed some parallels between this song and a cool tune by Dylan called, Everything is Broken. It’s from his Oh Mercy album, released in 1989 and produced by the legendary Canadian producer, Daniel Lanois. Since I couldn’t find a YouTube version by Dylan himself, here’s R.L. Burnside’s take on it.

The title of No Changing the Truth holds two meanings for me. First, Truth is Truth and there’s no way to change it. I heard a saying once, “The Truth doesn’t care who speaks it.” At the same time, there is “no change in the Truth,” no matter what happens in the world.

You know that change is on the way
What will you do with Life today?
You might hold tight, dig in your heels
You choose how much of joy you feel? 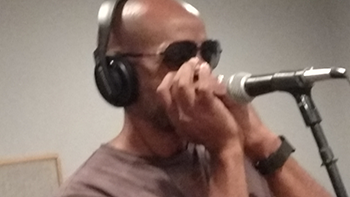 One More
for the album

This tune will appear on my upcoming album, In This Circle, and will feature some tasty mouth harp work by one of my good musical friends, Dave Clark. In the meantime, here’s an early demo of No Changing the Truth, for your enjoyment: