Demos in the Studio 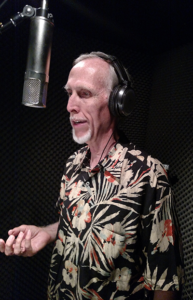 I worked with Ed in the studio last weekend to create some booking demo songs. All the demos were taken from songs that will appear on my forthcoming album, In a Circle. Also, the songs consist of two tracks with me singing and playing guitar. After working to build up these songs over the last three years with various guest artists playing different instruments, it felt strange to hear these tunes without the drums, bass, etc. So, these demos are my “Unplugged” tunes, if you will. Here’s the demo version of Familiar Strangers:

Five of the twelve songs have now been mixed for the album by Ed and I. These songs have taken extra attention, due to the process of getting a good blend from the blended drum kit mics. Hopefully, I’m looking forward to the mixing process going faster, as we move on to other songs with no drum kit and even fewer tracks. At this point, I’m hoping to have all the mixing done by the end of April. Mix those tracks! Here’s the latest mix for Gaia’s Voice: 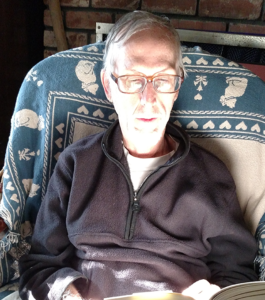 Last week, I watched “The Lost Tapes: The Basement Tapes Continue” documentary with a good friend. This documentary was released in late 2014, along with an album titled “Lost on the River” by the New Basement Tapes. The New Basement Tapes is an intriguing collection of great musicians: Elvis Costello, Jim James (My Morning Jacket), Marcus Mumford (Mumford and Sons), Rhiannon Giddens (Carolina Chocolate Drops), and Taylor Goldsmith (Dawes).

The whole album project was based on a box of unpublished Bob Dylan lyrics that he wrote in the mid 60’s and didn’t make into songs or record. All of the lyrics were uncovered by Dylan’s archivists. Later, producer T Bone Burnett got permission from Dylan to have a group of musicians to complete what Bob had started.

Music in the Basement

As the history goes, after Dylan had a motorcycle accident in the mid 60’s, he just wanted to get away for awhile from his growing popularity as an artist. So he headed to upstate New York and retired in a state of semi-seclusion. In early ’67, Dylan invited a group of mostly Canadian musicians to join him in playing some music. They had played with Dylan as the backup band for his first U.S. “electric” tour in ’65.

So, Bob and “the band” wound up recording a series of demo’s in the basement of a house in Woodstock. This all took place a couple of years before the famous Woodstock music festival. By the fall of ‘67, the sessions with Bob and the other musicians had ended. The music they had created together was never intended to be an album.

However, after some folks got a hold of the tapes and began to bootleg it for distribution, Dylan decided to make it official album. The album was released as The Basement Tapes in ‘75. Within a year of making the demos with Bob, the same group of musicians had released their first album, Music from Big Pink. Their first album was also recorded in Woodstock, NY and they decided to stick with their humble name and became known as The Band. Apparently, the rediscovered lyrics were written by Dylan during this same time period. Hence, that led to the tie in of The New Basement Tapes.

Lost on the River

Even though the producers of the Lost Tapes documentary chose to have actors playing Bob and The Band filmed from a distance with a grainy effect, it doesn’t detract from the creative power of the music created by The New Basement Tapes group. The project explores the process of songwriting via the various players. All of them were given the same set of Dylan lyrics and directed to make them into songs.

So, what unfolds in the film shows the band bringing what they’ve written to the album “potluck” and trying out various arrangements with each other. It all took place over two weeks in a studio at Capitol Records tower in Los Angeles. My personal favorite of the songs was created and sung by Rhiannon Giddens. It’s called Lost on the River and is a beautifully, haunting tune. Check it out here. “I got lost on the river, but I did not drown…”